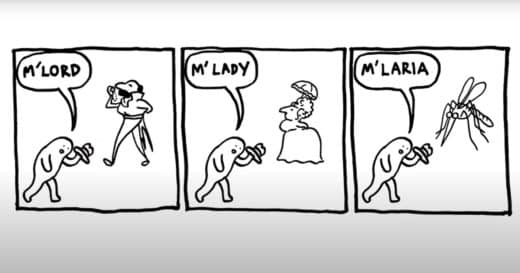 Being polite and courteous is a fairly essential part of communication, and being a good citizen in this world. As a rule, manners are the most common way of being polite to those around us in our spoken communication and are used everyday in a multitude of situations, from young to old, formal to informal. “Please” and “Thank you” are two of the most common words used in the English language, but do we over-use them? And if we use them when we are abroad, are we being as polite as we think?

In the UK, “Thank you” can be heard everywhere you go. Children saying “Thank you” to parents, strangers saying “Thank you” in the street for holding doors, or passing you something, passengers on the bus to the driver, and many other situations. As part of the English language, we consider this to be polite and would perhaps consider a person rude for not saying “Thank you”, but is this the same in other countries? For example, in Spain “Thank you” is still common but perhaps is less frequently expected and therefore has more meaning when it is said. It is also not considered necessary in many situations where Brits would use it. It might be polite in Britain, but the word is used so frequently that it begins to lose its meaning. In Sweden, “Tack” can be used as “Please” and “Thank you”, and is extremely common as Swedish is a very polite language and it would be considered rude if not used.

Something else that is common in Britain when thinking about being polite, is saying “Sorry”. There is a general stereotype that the British apologise all the time, and this is true to a certain extent – culturally, British people tend to apologise even when it is not their fault, for example when someone walks into you, both people say sorry, but it is very rarely either one’s fault. This tendency to apologise may reduce the meaning of the word over time, so that it just becomes a formality and loses its emphasis and therefore its politeness.

Of course manners and being polite is important in every country and language, but what is considered polite in one place may not be the same as in another, and the over-use of a word for the sake of seeming polite, may actually have the opposite effect.

Raising the Bar for Subtitling Practices